Three of the five students of Dowen College, Lekki Lagos, accused by late schoolboy Sylvester Oromoni of torturing him, have been arrested.

Lagos State Commissioner of Police Hakeem Odumosu said on Channels Television on Tuesday that the arrested students are assisting the police in their investigation into the death of Oromoni.

However, Odumosu did not give the identities of those arrested.

The police boss explained that the Command is set to go for the post mortem of the body in Delta state to ascertain the cause of death.

He said police authorities in both Lagos and Delta States are keenly interested in the outcome of the investigation to unravel the cause of Sylvester’s death.

Sylvester, while agonising before he died, mentioned Anslem Temile, Michael Kashamu and Benjamin Favour, as three of the five bullies who tortured him, giving him terminal internal injury.

His story sharply contradicted the school authorities’, which said the 12 year-old boy was injured on the football pitch.

The Lagos government, amid public outrage, has shut the school and the police have also moved in to investigate the matter. 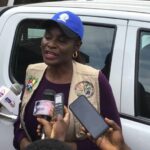 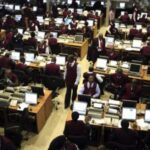