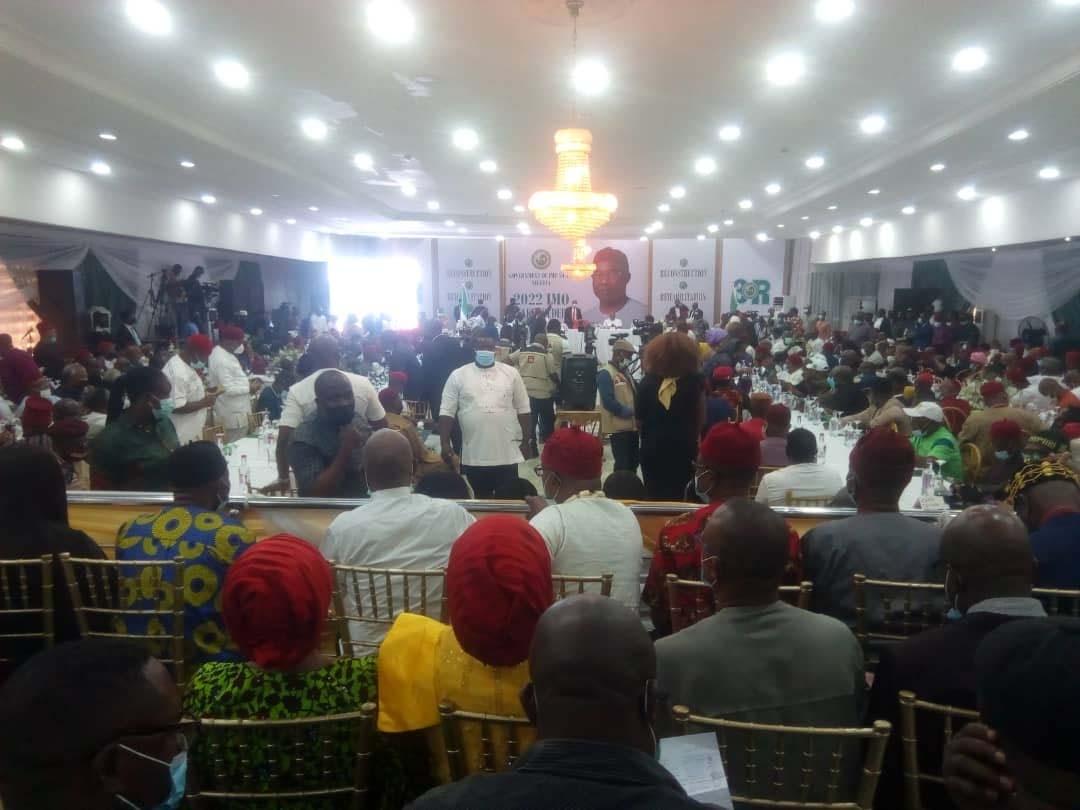 The Imo state governor, Hope Uzodimma, has put tension in Imo state, as stakeholders throng to Owerri, to hear from him (Uzodimma) the names of those who have been sponsoring insecurity in Imo state.

The governor has announced he would announce the names of the alleged sponsors of the insecurity in Imo state today (Tuesday).

At the time of filing this report, many stakeholders have started arriving at the venue of the event, the Sam Mbakwe Executive chamber in the government house in Owerri.

Also, former Imo state House of Assembly, Speakers and Deputies, former and present members of the Imo state house of assemblies among others.

I will unify Nigeria disunited by Buhari-led APC govt – Atiku