Rafa Benítez on Sunday joined the list of other coaches sacked across Europe in the 2021/2022 season.

He was sacked after an embarrassing 2-1 defeat at Norwich City.

The former defender was the former coach of Newcastle United before his contract was terminated on October 20, 2021.

He was sacked following Newcastle’s defeat by Tottenham Hotspur.

The former midfielder was appointed in June 2021 and started his tenure with four consecutive wins to top the Bundesliga.

The former Barca captain was sacked as coach of the Catalan side after 14 months in charge.

His final game was the 1-0 defeat by Rayo Vallecano in a La Liga match.

Santo, often referred to as simply Nuno, was a goalkeeper, who was most recently head coach of Tottenham Hotspur.

Nuno Espirito Santo’s was dismissed on November 1, 2021, after Tottenham lost 3-0 at home to Manchester United.

Spurs went ahead to sign Antonio Conte as their new coach, making Conte the fourth manager in the last three years.

Solskjaer was sacked as Manchester United manager on November 21, 2021 after an “embarrassing” 4-1 defeat at Watford.

Solskjaer left Manchester United after failing to win a trophy in nearly three years as manager. Michael Carrick took over temporarily before Ralf Rangnick was appointed as the club’s new interim manager.

Benitez was appointed last summer as the club’s replacement for Carlo Ancelotti, who left the Toffees for a return to Real Madrid. 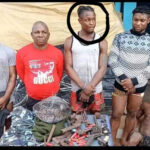 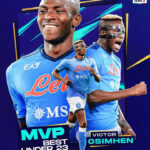 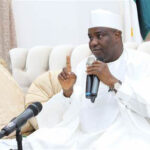